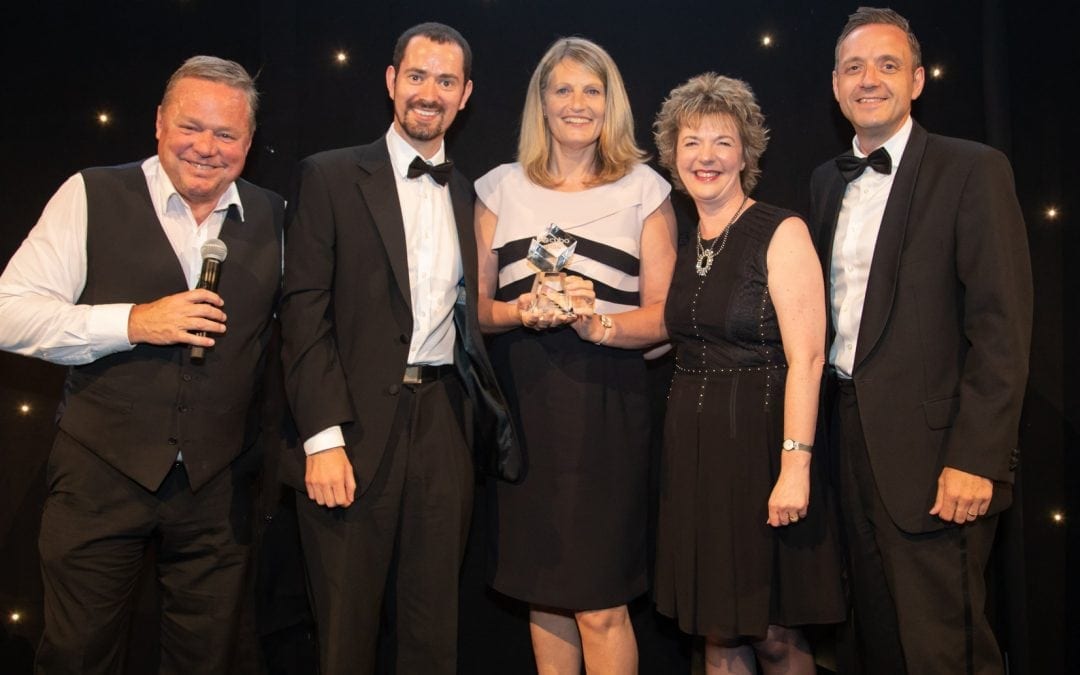 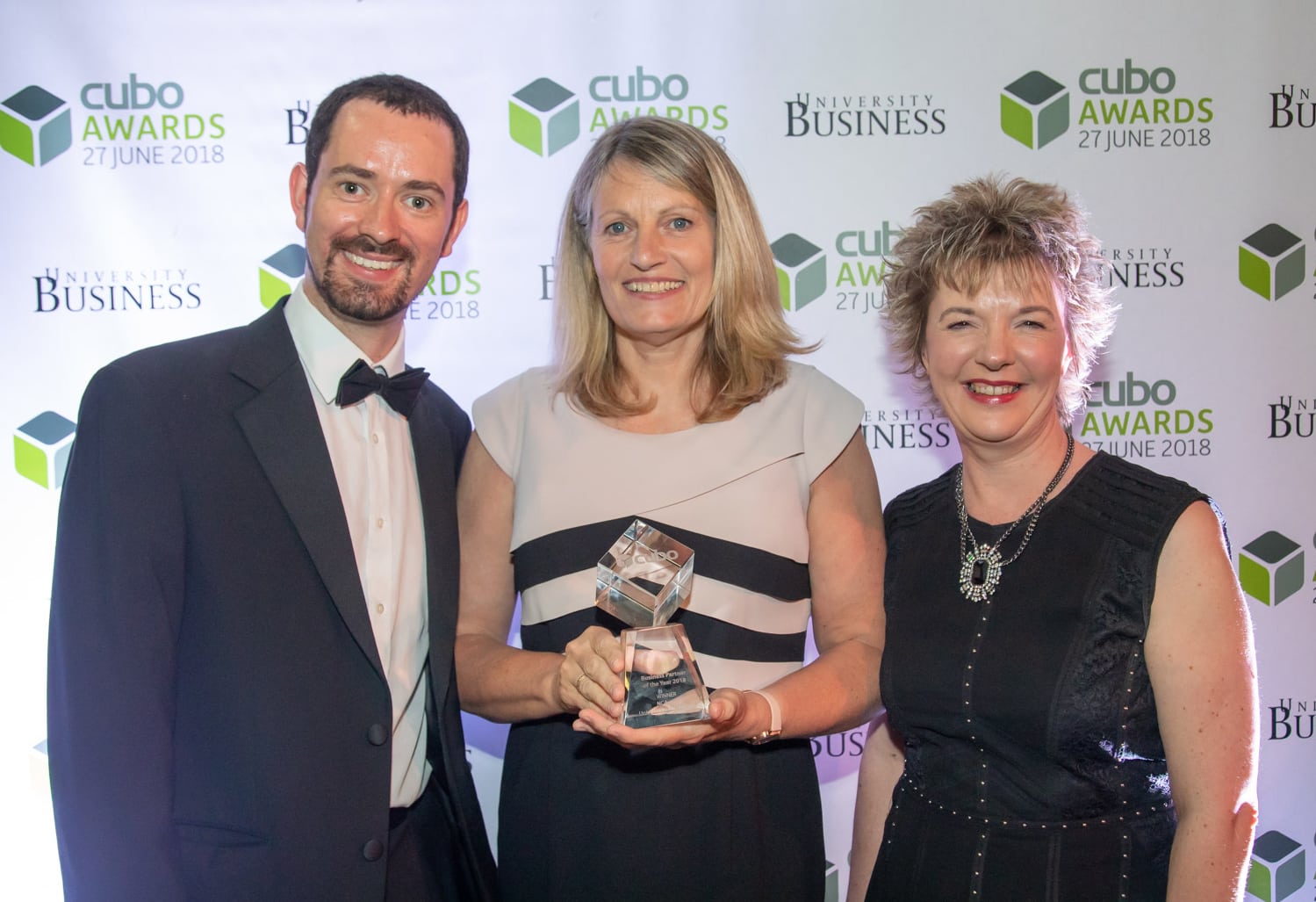 In June, NCA Director Julie Woodruff took an invitation to the gala presentation of the CUBO Awards in Manchester. NCA was put forward as nominees as a result of our partnership working with the University of Manchester.

Our successful, highly acclaimed bike recycling scheme results in over 600 students having access to a pre-loved commuter bike. In addition, students could attend cycle maintenance sessions to help keep it in tip-top condition. And, they could also purchase security locks at an affordable discount.

Ted Robbins was the host for the evening. Moreover, presenters read out three nominees for each award category. It was really fantastic and a lovely surprise to hear them call out NCA’s name as the winner of the Business Partner of the Year Award.

Woodruff, together with Alexander Clark, University of Manchester Environmental Officer, was presented with the award. In addition, Stuart Ross, Director of Sport, added to the excitement, a recognition of the team’s efforts.

This award will inspire our team of Instructors, cycle mechanics and volunteers onwards. It is in recognition of the hard work and effort they have all put in. Our primary aim is to make cycling the norm and to be accessible across the board. The NCA scheme is leading from the front and is going from strength to strength.

Launched in 2012, the CUBO Awards are a yearly event to recognise the achievements of those working within the higher education industry. Says Peter Church, pioneer of the CUBO Awards:

The CUBO Awards have helped to raise the profile of both winners and entrants among key stakeholders, including Vice-Chancellors and university governing bodies. As the event grows and expands it will contribute to the growth of CUBO as it seeks to extend its networking and knowledge exchange across all UK Higher Education Institutions.

Business Partner of the Year Award for 2018

The judges are looking for a business partner who shows they have fully integrated into the universities they work with, with marked outputs in the delivery of high-quality services to enhance the student experience.

We use cookies on our website to give you the most relevant experience by remembering your preferences and repeat visits. By clicking Accept you consent to the use of ALL the cookies. However you may visit Settings to manage your preferences.
Read our privacy policy.

Strictly Necessary Cookie should be enabled at all times so that we can save your preferences for cookie settings.

If you disable this cookie, we will not be able to save your preferences. This means that every time you visit this website you will need to enable or disable cookies again.

These cookies allow us to analyse your use of the site to evaluate and improve our performance. They may also be used to provide a better customer experience on this site.

Please enable Strictly Necessary Cookies first so that we can save your preferences!